No team in Europe’s traditional top five leagues have conceded fewer goals than Manchester City Women this season – and that is in no small thanks to Ellie Roebuck.It was a Manchester legend of the red persuasion, by the name of Sir Matt Busby, who first coined the old phrase ‘if you’re good enough, you’re old enough’, and City’s 20-year-old goalkeeper has been showing that applies to her ever since she made her senior debut late in 2016.With incredible shot-stopping and a commanding presence that defies her age, Roebuck has replaced Karen Bardsley as her club’s No.1 – and few would argue that she deserves to hold that status for England now, too. Article continues below Editors’ Picks Ox-rated! Dream night in Genk for Liverpool ace after injury nightmare Messi a man for all Champions League seasons – but will this really be Barcelona’s? Are Chelsea this season’s Ajax? Super-subs Batshuayi & Pulisic show Blues can dare to dream Time for another transfer? Giroud’s Chelsea spell set to end like his Arsenal career She delivered another compelling case to the Lionesses’ boss, Phil Neville, on Wednesday night, as City complicated their chances of progressing to the UEFA Women’s Champions League quarter-finals, drawing 1-1 in the home leg of their last 16 tie with Atletico Madrid.Neville was watching on at the CFA as Roebuck showed her class, making a flurry of fine saves – including one late on to prevent Nick Cushing’s side from going into the return leg 2-1 down.It was not the first time this season that City’s players left the pitch thanking their goalkeeper.When City opened the FA Women’s Super League season with the Manchester derby at the Etihad, a stone’s throw from Wednesday’s venue, Caroline Weir’s wonder strike stole the show.But if it was not for Roebuck’s superb save to deny Jane Ross in the first half, Manchester United may well have left with all three points.Casey Stoney’s side absolutely dominated the first 45 minutes, but they found the home goalkeeper in fantastic form, with Roebuck also preventing a Demi Stokes own-goal before the break. 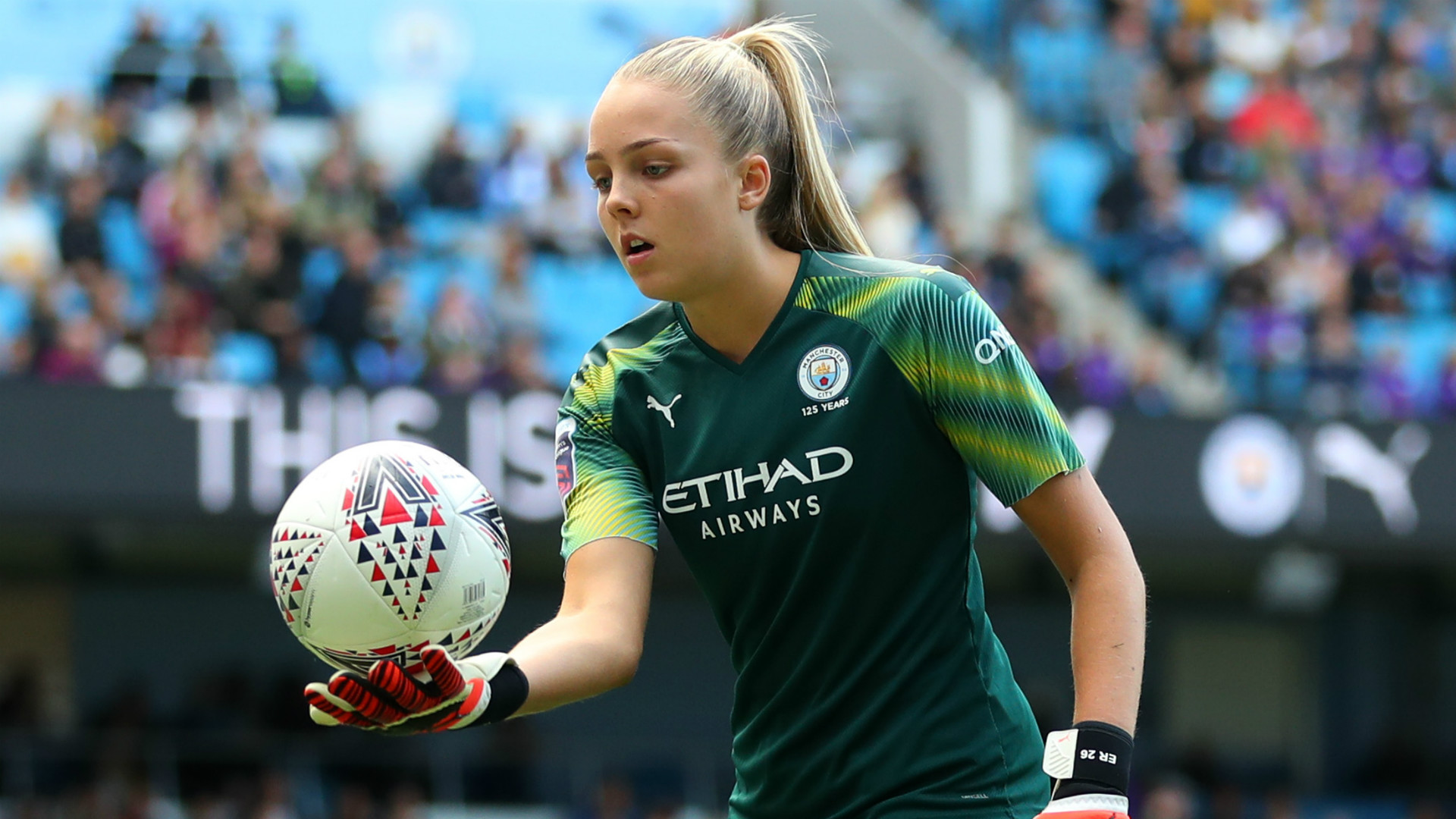 It has set the tone for the start to the season Roebuck has had. The following week she made a similarly superb stop to thwart Reading’s Natasha Harding, with City winning again, this time 2-0.“The aim for me is to be England’s number one,” the 20-year-old said after the Manchester derby. “That’s obviously a really difficult task because there’s other top quality goalkeepers in England. But I just focus on myself. I can only control what I can control and if I keep performing week in and week out then hopefully it gets noticed and puts me in the best position.”The fact of the matter is, none of England’s goalkeepers are in better form right now – nor have they been for the last 18 months.Carly Telford is out of favour at Chelsea, while Mary Earps’ latest appearance in an England shirt brought about a high-profile error in the defeat to Brazil – albeit an slip-up that was a huge anomaly given her excellent form for United.England are in a position at the moment where they are struggling defensively. Their organisation at the back has left a lot to be desired, and that has not been helping by a constant changing of goalkeepers, either.It is not that Roebuck is completely protected at City, either. Against Atletico, Gemma Bonner was caught out by Ludmila early on, having to bring down the forward just on the edge of the box within five minutes.After Roebuck had made a strong save to deny Angela Sosa’s effort, City’s failure to clear their lines properly meant she was called into action from the rebound too, showing incredible reflexes to tip Elena Linari’s strike onto the bar. 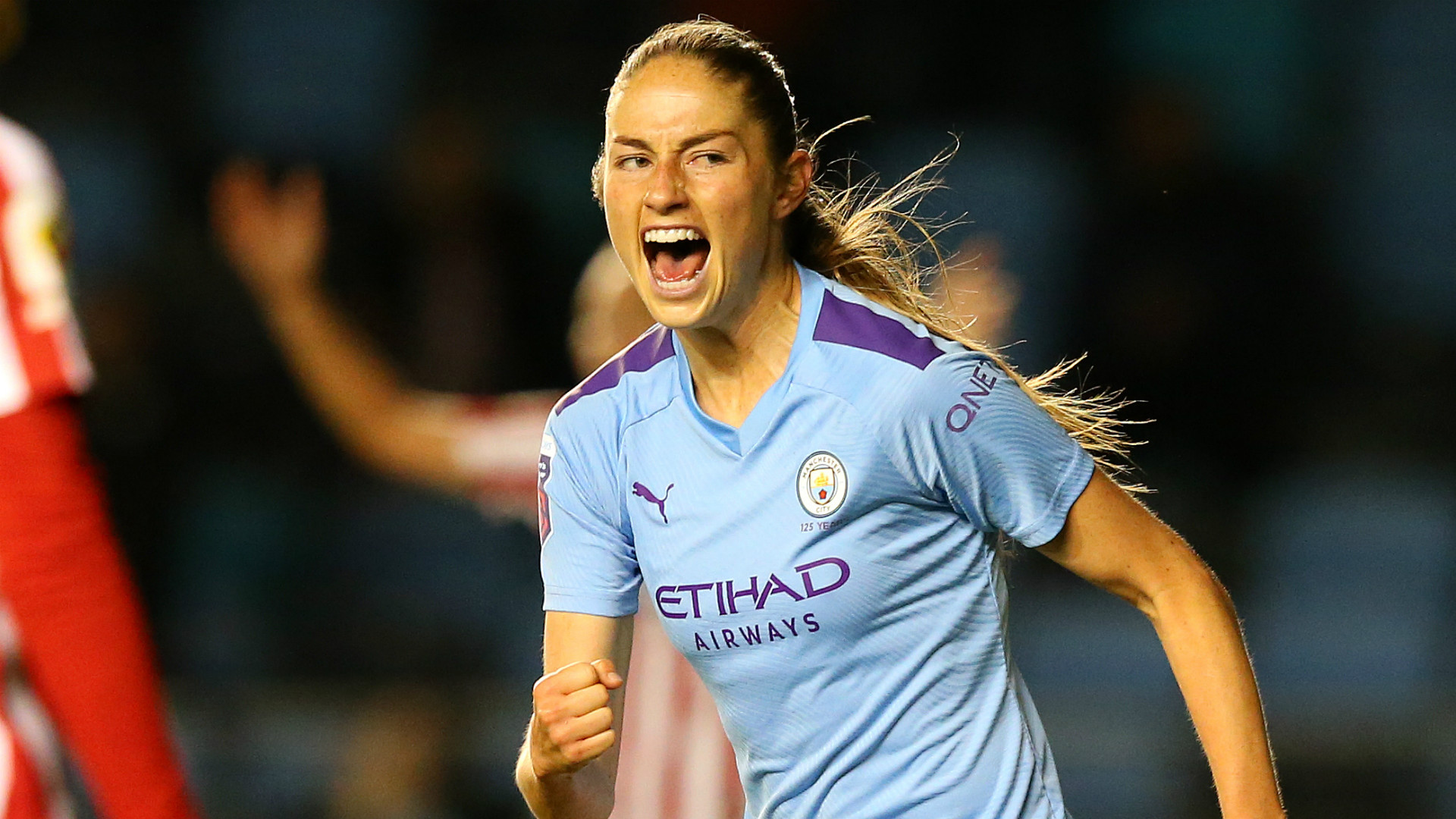 Janine Beckie gave City a deserved lead as they began to dominate, but when they wobbled, Roebuck was there.She made another fine stop to keep out Ludmila after the break, but it was her save to deny the forward later in the half that would be crucial.The Brazilian was Atletico’s best player all night, capping her performance with an assist for Charlyn Corral 10 minutes from time. But Roebuck’s brilliant reflex save with her legs denied her Atletico’s second, from point blank range.City crashed out to the Spanish champions in the round of 32 last season, and to head to Madrid a goal down on aggregate and with that memory at the back of their minds could have been damning.“You can put [Roebuck] in goal at 20 years old and feel very comfortable,” Telford said earlier this month. “When you see her on the team sheet no one is going, ‘oh no, f**king hell’. It’s Ells. She plays for Man City, [she plays in the] Champions League.”After another excellent night in Europe’s premier competition, there is not much else Roebuck can do to convince Neville she should be one of the first names on his teamsheet.